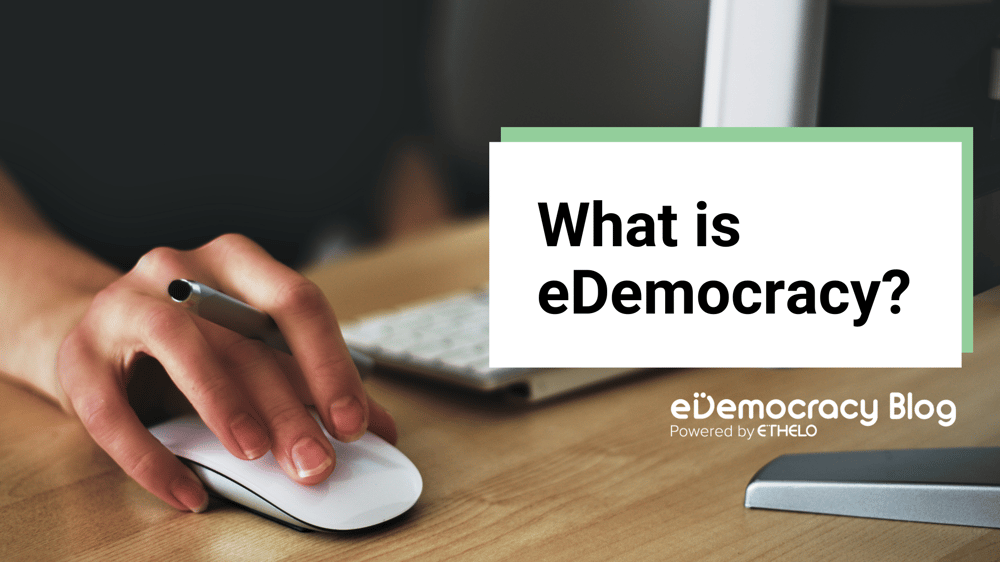 eDemocracy (a portmanteau of “electronic” and “democracy”) is an approach to democracy which emphasizes equity, fairness, and inclusion. eDemocracy seeks to combine the use of modern technology and communications methods with more traditional offline approaches in order to include a diverse pool of community members in democratic engagements.

eDemocracy is a term that has been gaining popularity in recent years, as more and more people recognize the dissonance between modern technology, and the seemingly archaic traditional methods of civic engagement.

When it was first coined, eDemocracy was a portmanteau of the words “electronic” and “democracy,” drawing upon the idea that the implementation of technology would allow more people the opportunity to engage in the democratic process, by providing more innovative and inclusive entryways into democracy.

eDemocracy fundamentally tries to answer the question “why aren’t people more civically engaged?” while drawing upon practical tools, strategies and solutions aimed at lowering the barriers to entry.

One of these strategies is incorporating technology into the democratic process.

Consider that over 88% of Canadians (96% of Americans, roughly 94% of Europeans, and 94% of Australians) own mobile phones. And yet, despite the fact that the vast majority of us carry the internet with us everywhere we go, most of the influence we have over the decisions that affect us is still collected using physical paper ballots, and in-person events.

As evidenced by declining voter turnout, worsening political unrest, and the general lack of progress when it comes to vital issues (climate change, racial injustice, healthcare crises, etc.) we need a better approach to civic engagement - one which takes advantage of the engagement technologies the majority of the population has at its disposal.

Strictly speaking, eDemocracy is an electronically accessible democracy, but for us at eDemocracy Solutions, it can mean so much more. As we bring democracy into the twenty-first century, there are a few other important factors that we think need to be considered.

So what else does eDemocracy mean?...

For us, one of the key tenets of eDemocracy is equitability. In its present form, democracy relies largely upon each person having the time, interest, abilities, location, understanding, and motivation of its people to engage with the decisions that affect them. This, simply speaking, is not working.

Firstly, most of us are juggling many different priorities, and don’t feel we have the time to educate ourselves on the issues, stay abreast of opportunities to engage, attend town halls, call our local representatives, protest at a rally, or even go to a local polling station.

Time is a valuable commodity, and too often spending our time engaging within the existing democratic system feels fruitless. If we don’t get a chance at the microphone, if our candidate doesn’t get elected, or if a protest yields little results, we categorize those efforts as a waste of time, and we are less likely to engage again. This is reason number one why our current methodology is fundamentally flawed - we don't place value on democratic engagement, because we often feel it's pointless.

Beyond time constraints, for many the barrier to entry for civic engagement is simply too high to participate. For low income individuals, this barrier might be taking time off work to vote, for those who don’t speak the native tongue of their community, language could be another. Whatever the case may be, the end reality is pushing underrepresented groups further into the margins by robbing them of their ability to share their experiences.

eDemocracy strives to eliminate the barriers between people and civic engagement by reaching people where they are, on their schedule, and asking them to engage in whatever manner is most convenient for them, using language and mediums they feel confident with (if you’re interested in learning more, check out our blog on Reaching Beyond the Usual Suspects in Public Engagement).

Our ultimate goal is to hear from a representative sample of residents, so that the outcome of a democratic process represents the true values and priorities of a community.

In the Information Age, with a few clacks on a keyboard, we can access knowledge from around the world and across time, but that convenience comes at a bit of a cost. The amount of information available at our fingertips can be overwhelming, and especially when you bring money and power into the equation, the result is often conflicting or misleading information from various sources. When the information you consume helps you decide how to cast your vote, or when to engage, the outcome is confusion at best, and corruption at worst.

The eDemocracy approach calls for an end to leading surveys, black and white options, and voter confusion. Instead of providing little to no information alongside engagements, we strive to clearly convey the inherent trade-offs, repercussions and results of each important decision you engage with, connecting these facts with scholarly articles, and reputable non-partisan sources, so that you can be confident that each of your votes has the desired effect.

We aim to put participants directly in the chair of the decision maker, communicating their options, and empowering them to choose their own path forward.

As it stands, there are a handful of ways for citizens to exercise influence over their governing bodies, the most obvious one occurring once every four years at a polling station. The fact that the ballots of a little over half of voters (which, in 2019 represented under 66% of adult Canadians) basically dictate the tone for the following 4 years, is very far removed from true democracy.

True democracy means giving people power to exercise influence over the decisions that affect them, and you can bet those decisions are being made much more frequently than once every four years.

eDemocracy aims to empower residents to have their voices heard regarding all the decisions that matter most, by providing a more direct line of communication between them and their governments. This in turn, empowers grassroots organizers and elected officials to better understand the priorities, needs and desires of their constituents.

The result is that elected officials are regularly given the social license to act swiftly using the solutions endorsed by their communities.

Ultimately, this approach to an empowered democracy would lead to more trust in government, less civil unrest, and swift, fair, informed community-made decisions.

“Ethelo” is an ancient Greek word meaning “to will”. It’s also the name of our sister organization (which you can check out here). They are a social enterprise technology company using AI in order to help connect, educate, and align communities.

One of the key flaws of modern democracy stems from the current approach to counting votes. Majority rules creates a “winners vs. losers” mentality which alienates an entire segment of voters, creates polarization, and reinforces the idea that individual votes don’t matter.

Ethelo’s technology is designed to resolve this using its patented algorithm to forefront solutions with the highest level of community support, and weed out those that would result in further polarization.

Fair outcomes are predicated on the idea that everyone should come out of a decision roughly equally as happy (read more about this in our What is Fairness? blog). With this in mind, the Ethelo algorithm highlights the best solution in the fairest way possible, so that every vote truly matters, the end result being to make clear “the will” of the people.

Want to see the platform in action? Check out Ethelo’s Parks Planning module to see how you could help decide upon a park design with your community, the Ethelo way.

Ultimately, eDemocracy is the next logical step in the evolution of democratic engagement.

We at eDemocracy Solutions believe that vibrant democratic engagement has the power to help us work together and find solutions to society’s most divisive and complex problems.

We have the strategies, we have the technology, and we have the case studies to show that it works...all we’re missing is you.

Strong democracy is founded on diversity, which is why we need as many unique voices as possible to help make our (and your) vision a reality.

Did we miss anything? What are your thoughts on how we can improve the approach to the democratic process? We are creating an eDemocracy Network of passionate, engaged individuals who want to see democracy evolve, and we want to hear your thoughts.

Enter your email below and you'll get an exclusive opportunity to use the Ethelo platform, share your perspective, and help shape this movement. 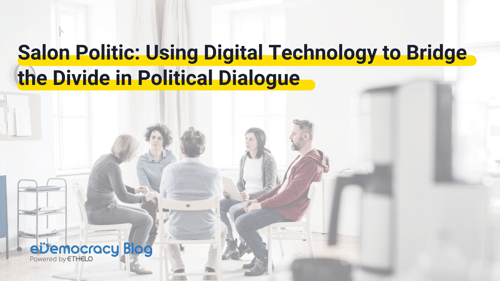 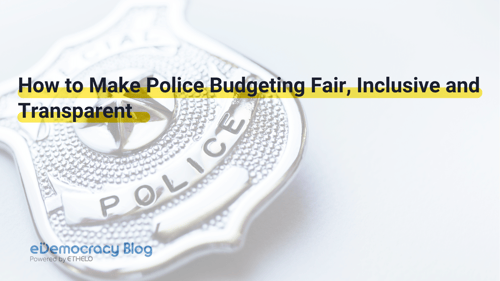 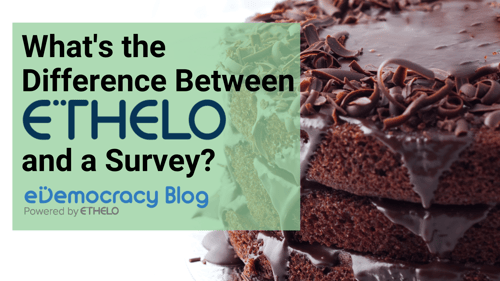