What's the difference between Ethelo and a survey? 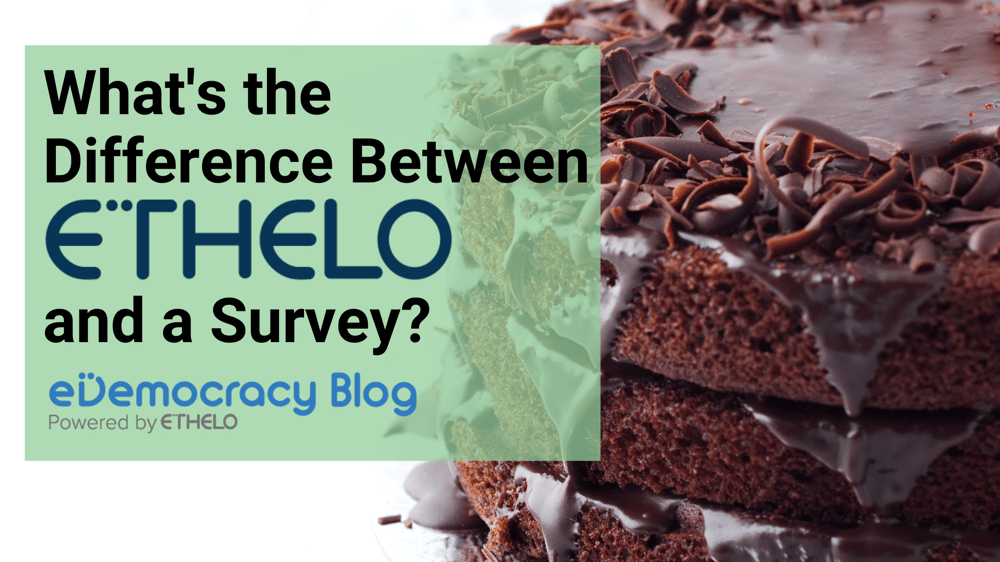 Ethelo is specifically designed to model complex decisions with many trade-offs and potential outcomes. Unlike traditional surveys, Ethelo forefronts communication, fairness and consensus, allowing participants to educate themselves on the different facets of complicated issues, so that their vote is informed, and backed with realistic goals.

Read on to learn more about what makes Ethelo stand apart from traditional surveys...

Conducting a survey is a great way of assessing broad-strokes community sentiments and values.

For starters, surveys are most effective when you’re looking for straightforward information, such as demographic data. Basic yes or no questions, or questions with only a few viable outcomes are great candidates for surveys. Say for example, you and your colleagues are hosting a celebration, and you’d like to get a cake for the whole team. The options are French Vanilla, Chocolate Ganache, Strawberry Shortcake, or Coconut. A poll or survey would be a great way to assess which cake option would be most popular, in addition to a few other variables you might be trying to plan for, like what time everyone is available, and how many people are able to help set-up.

Things aren’t always so straightforward though, as anyone who has ever catered for a large group of people will attest. The above survey results point to the idea that Coconut will be the most popular cake flavour, which is useful information.

Unfortunately, the survey has its limitations. Let’s say, for example, that the Coconut Cake is in fact twice the cost of the French Vanilla cake, and therefore buying it would deplete the budget for other things - the survey is unable to communicate this trade-off, and perhaps had people known this while casting their vote, they would have voted differently. Alternatively, perhaps your colleagues would be willing to chip in money to cover the additional cost of the fancy Coconut Cake. This would require a follow-up survey to assess.

In addition to this, there are likely those who submitted votes for French Vanilla, Chocolate Ganache, or Strawberry Shortcake, who passionately dislike Coconut, and so even though they had the opportunity to submit input, their input was ultimately ignored, thus making them feel as though the outcome was unfair.

Finally, let’s say there are also several diabetics on the team that inevitably feel left out of these survey options, because the question is inherently biased against them. If these surveys get circulated regularly, it makes little sense for diabetic team members to provide their input, as they don’t feel it would make a difference regardless, and so they simply stop engaging.

These obstacles are fairly easily overcome with ample communication within a small group, but things quickly grow complicated when you’re making plans within a larger community. This is where Ethelo Decisions come in - they’re specifically designed to model complex decisions with many trade-offs and potential outcomes. They also forefront communication, fairness and alignment, allowing participants to educate themselves on the different facets of a complicated issue, so that their vote is informed, and backed with realistic goals.

You can easily see how an issue as simple as what kind of cake to buy can quickly change between a simple survey and an Ethelo Decision.  When taking into account all trade offs, likes and dislikes, and supplementary information, a more nuanced, fairer engagement process might result in an outcome like this: 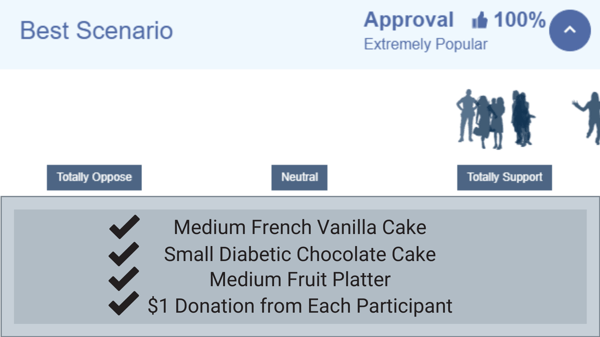 The major difference between the survey and the Ethelo Decision is that the survey offers a simplistic view of feelings surrounding the decision, whereas Ethelo allows participants to engage in the decision-making process, and come up with a solution that is amenable to all stakeholders.

Oftentimes, public decisions that require community feedback are more complicated than a simple A, B or C choice. Frequently, there are constraints such as space, budget, and difficulty that must be considered when trying to realistically make an action plan. More often than not, there’s a great deal of information the community hasn’t been made aware of that would likely impact their views on the topic they’re voting on. Ethelo Decisions are essential to bringing community members into the decision-making process, in order to make equitable choices. 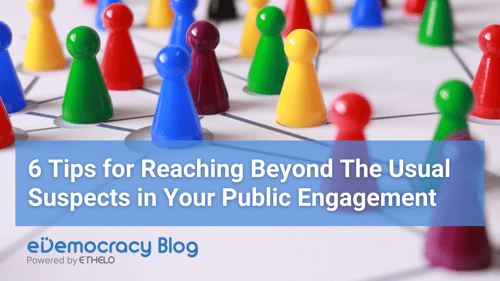 6 Tips to Reach Beyond The Usual Suspects in Your Public Engagement
September 23, 2020 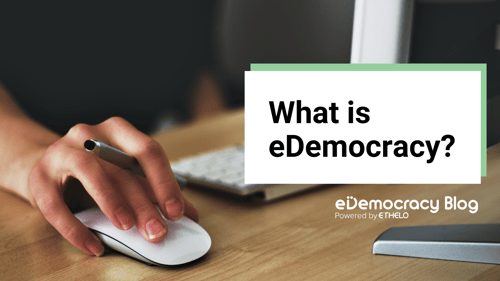