The Theory Behind Ethelo 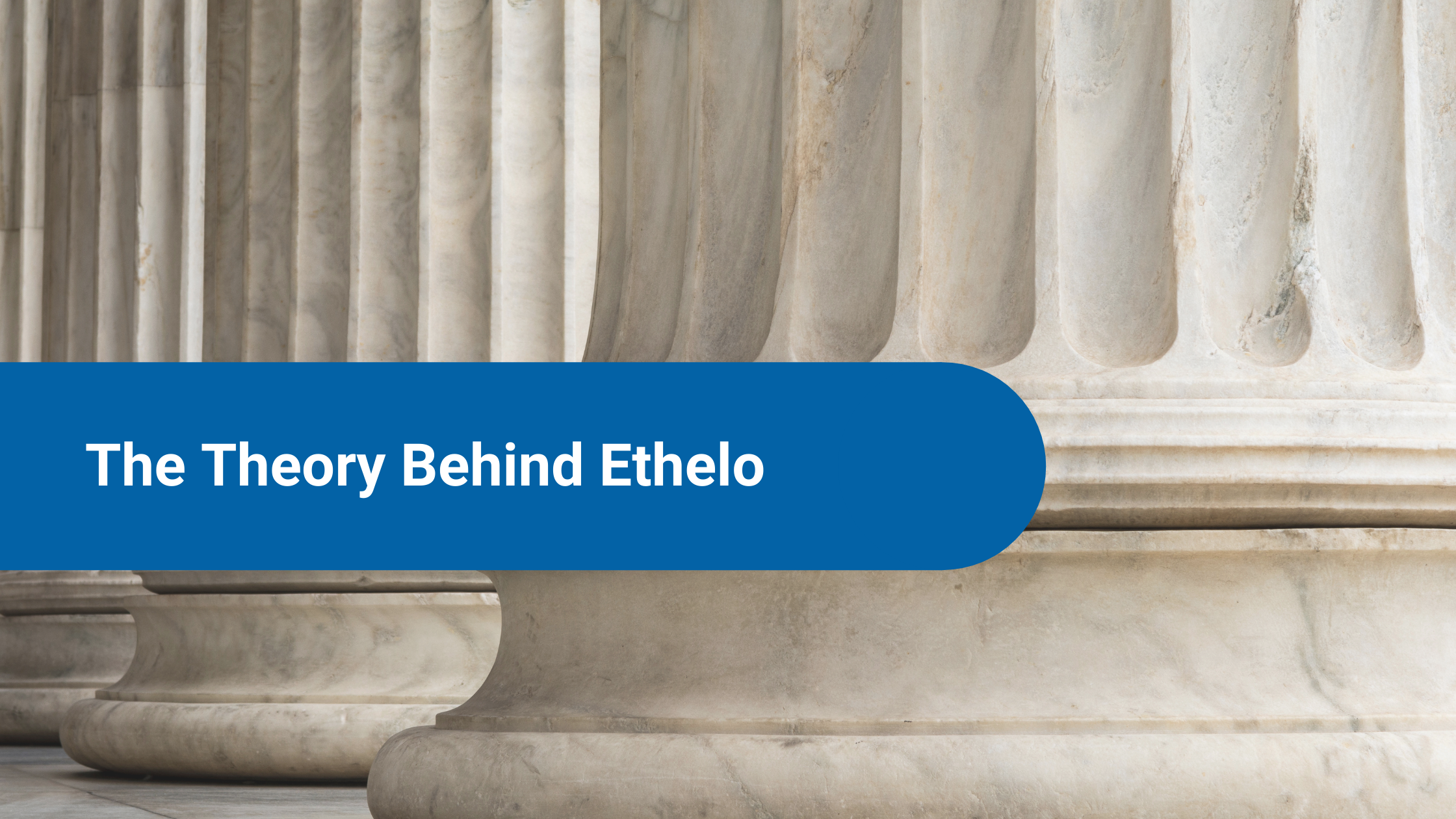 “Ethelo” is a word from ancient Greek that means “intention” or “willpower.” The theory underlying ethelo is that complex problems can be solved by identifying decisions that will focus the disparate intentions of unique individuals into single unified collective intention and action.

Ethelo theory treats each participant’s latent desires as a quantifiable energy that can be modelled across different decision scenarios. An ideal group decision, in this approach, is one in which the greatest amount of intentional energy is harnessed from the group. Importantly, in identifying an outcome that attracts the greatest support, the Ethelo theory does not simply sum the individual levels of satisfaction but also looks to emergent factors such as fairness or inequality in the distribution of that satisfaction.

A “strong” decision in Ethelo theory is one that optimizes the available intentional energy by looking at both individual as well as collective factors such as fairness. Such decisions are “efficient” in ensuring that the greatest amount of potential intentional energy is conserved in the transition from the individual to the collective.

A Theory of Fairness

Ethelo theory is based on the work of John Rawls, a 20th-century philosopher and social contract theorist. Rawls wrote about the importance of fairness in democracy. He devised a number of thought experiments such as the famous original position in which everyone is impartially situated as equals behind a veil of ignorance as they negotiate the social contract.

Central to Rawls’ thinking was the balance that must be struck between personal satisfaction and ideas of fairness rooted in the distribution of satisfaction. As a matter of first principle, he argued, everyone will accept some degree of inequality if it means we do better collectively as a result - “a rising tide raises all boats.” Rawls’ conclusions about the degree of acceptable inequality, and how to strike the balance, have been the topic of much argument since. However, his basic framing of the social contract is an enduring legacy and has been described as the most important work in 20th-century political philosophy.

Rawls’ “Theory of Justice” was published in 1971, and “Justice as Fairness” was published in 1985. His philosophical intuition on the importance of fairness has since been validated empirically in the social sciences under the general heading of “social preferences” and “inequity aversion.” Studies show that people will reject unfair outcomes even when they would otherwise benefit. Likewise, they will support outcomes they dislike if the process was seen as fair. This powerful phenomenon has been documented in both human and animal experiments.

Ethelo is a practical solution to the philosophical and social challenge of making group decisions that balance individual factors and collective factors such as inequity aversion.

The Space of Possibility

Ethelo theory imagines, for each decision, that there is a “space” that contains all the possible outcomes for that decision. Each potential outcome is like a point in this space. For example, we might imagine the space is like the surface of a table; outcomes that are similar would be closer together on the table, outcomes that are dissimilar are far apart. Note this may be a misleading example as the space of conceivable possibility is more like an n-dimensional network than a continuous two-dimensional space. But it is imaginable and mathematically possible to find some projection on a two-dimensional space like a table.

Over this flat table of potential outcomes, imagine a rolling hillside. This hillside is a function (the “influent function”), which represents a person’s support for each of the potential outcomes. That is, for each outcome (= point on the table), the height of a participant’s influent function (= the rolling hill) represents the amount of support they would have for that outcome. If the function over a point is high, the support for that option is high, and conversely, low.

Making a collective decision, then, is a matter of performing an operation that integrates the individual influent functions across the group to find a specific outcome that will optimize the support of all the individuals.

Ethelo uses web-based tools to gather information that allow us to model the influent function of each participant. Rather than trying to gather information about each potential outcome (generally impossible as there can be millions in complex decision) we can represent a complex decision as a much smaller set of key sub-decisions. We use these web tools to measure a participant’s response to the sub-decisions, and use that information to extrapolate their level of support for all the outcomes. The Ethelo toolset gathers information on the different decision-junctures in the overall evaluation process.

Ethelo takes the approach that the preferences of a group can be represented in the same way as that for an individual; as an influent function over a space of outcomes.

What makes Ethelo unique is that support for a potential outcome is viewed, not just as the sum of the various individuals’ support for that outcome, but also as deeply dependent on the distribution of support for that outcome. If the support is highly polarized, then there will be internal resistance to execution of the decision and it will be a “weak” decision. That is, the “intentional energy” behind a polarizing outcome will be reduced as a result of the polarization. On the other hand, if people in a group experience similar levels of support for an outcome, then it will be perceived as fair and the resulting intentional energy will increase (or decrease) due to the unity of sentiment.

Stated simply, Ethelo is a prioritization algorithm that harnesses the collective wisdom of a group. It breaks a decision problem down into a series of stages and smaller, component decisions and distributes the task of solving those smaller problems across the group. Using this information, it is able to model levels of support for all possible outcomes - and it searches to find an outcome that will maximize the strength of group support by maximizing the average support and minimizing unfairness in the distribution of that support.